There was cloud mass this morning on the fabulous Gold Coast but a crack appeared and the sun streamed through. 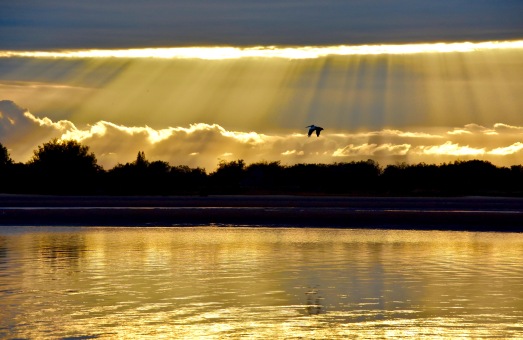 A glorious glow in the morning on the wonderful Gold Coast Broadwater.

At sunrise this morning on the Gold Coast,

I looked behind me and all of a sudden I had a picture. Nothing exciting, but it looks nice. Queensland, Australia.

The ripples in the water on the Gold Coast in the early morning light made my picture look much better. Thank you ripples. Queensland, Australia.

I was at Cleveland a few days ago waiting for the ferry to take me over to Stradbroke Island, when I spotted this child sneaking beside this brightly coloured bus. Yep, it was a game called hide and seek. Worth a picture. Queensland, Australia. 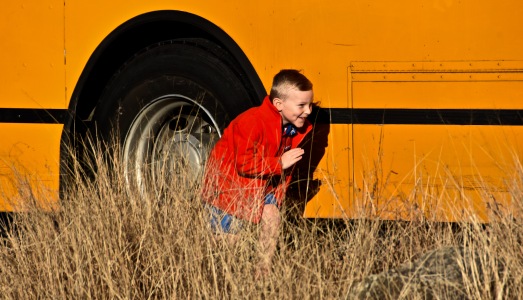 Mishka resting the water depth at Polar Bear Shores in Sea World. While I was there the little lady would raise her paw in an attempt to dive into the water. That happened three times, but each time, she gave up and went in from a lower part of the pool. Queensland, Australia.

Going back to 1988 when Greg Norman (back then he was nicknamed Shark because of his blonde hair and that he attacked the game of golf) claimed the inaugural Daikyo Palm Meadows Cup, defeating Tateo Ozaki of Japan, with a 16-under-par 272 total. The tournament was played in near-cyclonic conditions on Queensland’s Gold Coast. Norman fired a final round 2-under-par 70 for a one-shot victory – his 46th professional tournament title – in the $500,000 Cup. He earned a check for $90,000 and a bonus prize of a new vehicle. The match was suspended for 15 minutes during the final round as the leaders were on the 15th hole, however players, fed up with the inclement weather, decided to forge ahead. In the interest of safety, they did wait for a quick thunderstorm and accompanying lightning to pass. Queensland, Gold Coast. 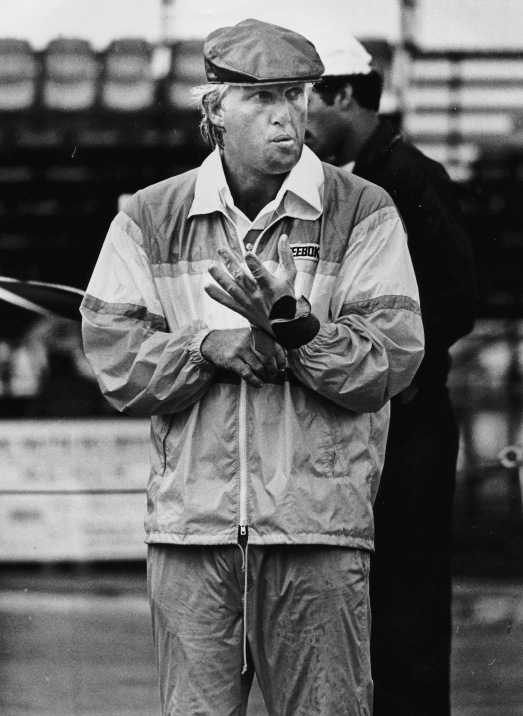 This butcher bird is as wet as a shag – and even though it’s bucketing down with rain, its standing defiant waiting for a saucy morsel to come along. Snapped this little bastard from the back veranda from where I’m staying at Stradbroke (Straddie) Island. Pt Lookout, Queensland.

Early start to Australia Day, a picture I snapped yesterday morning at Currumbin Rocks on the fabulous Gold Coast, Queensland. What a wonderful start to the day. You beauty. Unfortunately, I didn’t see him catch any fish.

A wonderful happy face I snapped on the streets. You beauty. Queensland, Australia.